In Spring 2019, budding, along with the initiation of shoot growth, took place within the norm, between the end of March and early April. This was, however, followed by a particularly cold and rainy month of May which drastically slowed down vine growth and resulted in delayed flowering; this took place at the end of May for the early-ripening varietals, up to June 10th for the late-ripening reds. Consequently, the phases of veraison and maturation were also delayed by about one month but partially recovered thanks to the July heat, thereby bringing the harvest to its normal timeframe.

The abundant rainfall in May, which followed a dry winter, was instrumental in creating water reserves in the soil, thereby avoiding any type of hydric stress in the vines despite the hot, dry summer.

The harvest was particularly long; it began on August 23rd with the varietals for our spumante base, followed by early-ripening whites and closing the month of August with the Chardonnay for Aurente. September was characterized by wide diurnal ranges and a dry heat which favoured long ripening times for the Torre di Giano white grapes (Grechetto, Vermentino and Trebbiano) that therefore reached the winery with significantly higher sugar levels than in 2018 and perfect acidity levels.

The Sangiovese harvesting for Rubesco Riserva Vigna Monticchio began between the end of September and early October with impeccably healthy grapes of excellent quality. The vineyards higher on the hills experienced earlier ripening; thus, at the end of the first week of October we picked the Sangiovese for classic Rubesco from the mid-hill vineyards, which produced wines that are pleasant, fresh with fruit and with generous acidity.

The 2019 harvest was wrapped up in mid-October with the picking of Sagrantino grapes in Montefalco, confirming a positive and particularly rewarding vintage.

As part of the Forks & Corks wine & food festival based in Sarasota, Florida (January 24-27th, 2020) Lungarotti Export Manager, Francesco Zaganelli, will be taking part in the University Masterclass entitled “Vines of Italy”.

The Winery will also be presenting the classic Rubesco and Rubesco Riserva Vigna Monticchio from Saturday until Monday at various event venues:

Jan. 26 Grand Tasting in the  courtyard of the John & Mable Ringling Museum of Art in Sarasota

Lungarotti will be participating in this prestigious event dedicated to one of the most renowned grape varietals: Sangiovese

Also this year we will be present with many news and events organized at PAD 7 STAND B2 of Verona Fiere from 19 to 22 April for the 2020 edition of the most important Italian wine event. For more info visit the website: www.vinitaly.com

The new releases of the Lungarotti wine range will be presented in Dusseldorf at Prowein, including Rubesco Riserva “Vigna Monticchio”, once again among the top 10 red wines in Italy; we look forward to seeing our friends and partners there and tasting them together. March 15-17, 2020  c/o Stand Consigliovini http://www.consigliovini.com/

Gambero Rosso is ready to come back to Sweden with a unique tasting of the top awarded wineries in the Vini d’Italia 2020 guide.

The event is scheduled for Monday, February 3 in Stockholm, in the prestigious Grand Hotel Stockholm 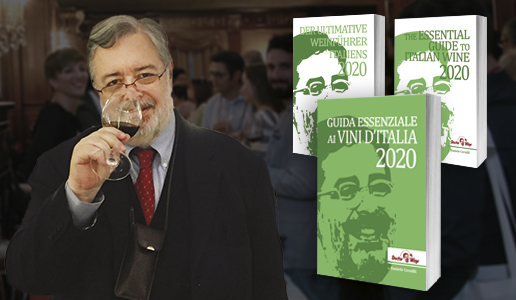 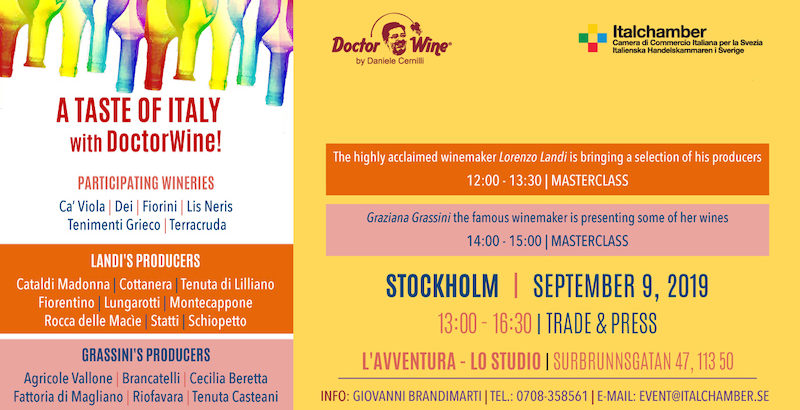 TASTE OF ITALY WITH DOCTOR WINE

Lungarotti wines will be presented at the TASTE OF ITALY WITH DOCTOR WINE tasting on September 9, 2019 at L’Avventura – Lo Studio in Stockholm. Consulting winemaker Lorenzo Landi will present Rubesco Riserva Vigna Monticchio 2013 during his Masterclass.

Export Manager Francesco Zaganelli will be presenting and pouring our premium wines in Toronto at the Profile Wine Group Portfolio Tasting on September 24th, 2019.

This site uses cookies as explained in our cookie policy viewable by clicking the button below. If you agree to our use of cookies please close this message and continue to use this site.;