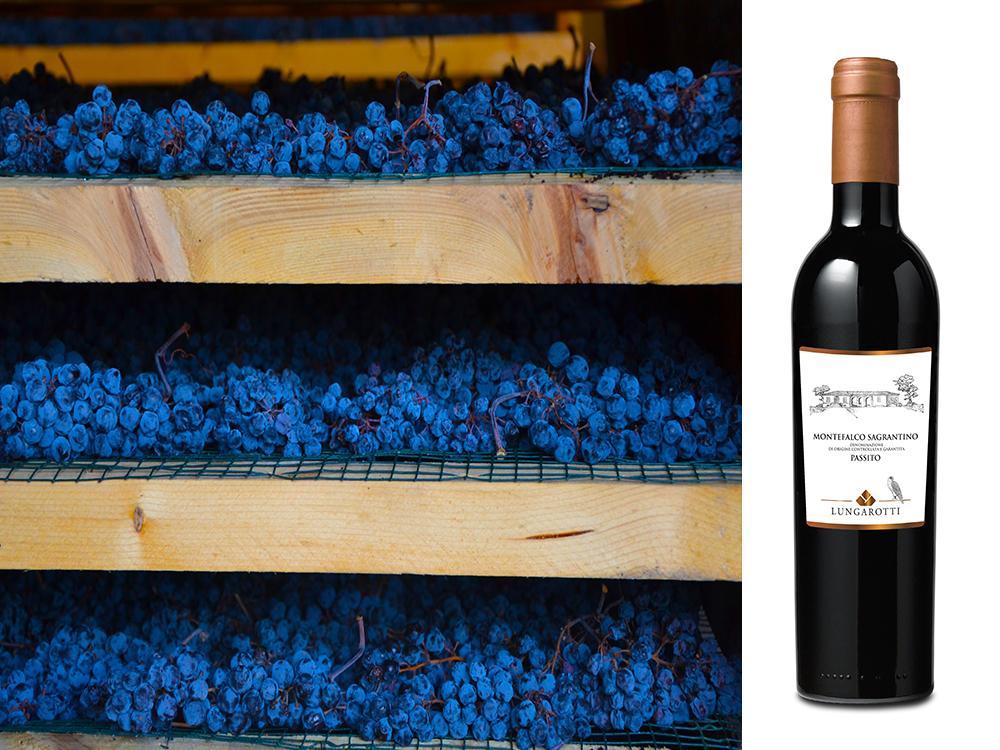 A passito wine for meditation with an intense ruby colour in which the presence of tertiary aromas hints at jam, prunes, bilberry and cloves. It has noteworthy polyphenolic complexity together with a soft sweetness, leading to a persistent, tantalizing finish of dark chocolate and spices.

Sagrantino 100%; double spurred cordon pruning system, harvested in mid-October and left to dry for 2 months on grates in dry conditions in order to avoid any risk of mould

Fermented in stainless steel with skin maceration 20 days; this is followed by 12 months in barrique and 18 in bottle. A wine with long aging potential

Sagrantino is a native varietal as well as one of the most ancient grapes in Umbria that features great polyphenolic complexity. For this reason, it was traditionally produced in its Passito version. On the label is a view of the Montefalco winery and in the foreground, a falcon, symbol of the area, where traditionally falcon hunting, the great passion of Emperor Frederick II of Swabia, was practiced.

This site uses cookies as explained in our cookie policy viewable by clicking the button below. If you agree to our use of cookies please close this message and continue to use this site.;